ELECTIVES AND THE FACULTY 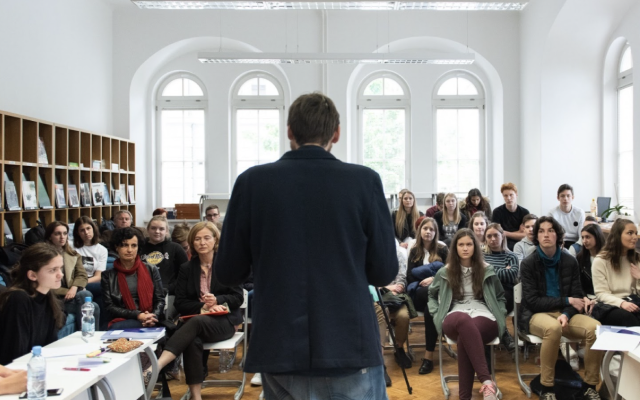 ELECTIVES AND THE FACULTY

Below you can find the list of electives for the 2021 WSDA. The electives are divided into DEBATE and CONTENT sessions and are sorted by day.

There are at least 4 electives offered every day. The participants can choose between the offered electives. While some topics are covered multiple times, it will be impossible for one student to attend every elective. This is why we suggest that groups split and listen to different electives, sharing their notes with the whole group later.

Miha Andrič is an international communication, speech & debate teacher, philosopher, and sociologist. He is currently Director of the National debate organisation (ZiP), Board of Directors of the International Debate Education Association (IDEA), President of the Society for development of Humanities and Head of Speech & Debate Program Bežigrad. He has been serving as Program director of several international debate academies and has been national WS teams head coach from 2013. He has been Chief Adjudicator or Expert coordinator of more than 30 international competitions all around the world and has been training students and teachers in more than 30 countries.

Lucija is the current president of the University of Ljubljana debate society. She has extensive debate expeirience both in the WSDC debate format, where she was a member of the Slovenian national team, and in BP, where she has represented Ljubljana at several major international tournaments.

She is also an acomplished coach and debate trainer and is currently coaching the team from Druga Gimnazija Maribor in Slovenia.

As a long time member of the Slovenian debate community, Ivan has extensive experience in both as a debater and as a debate coach. He is has won Slovene national competitions both as a high school WSDC debater and at the university level in the BP format, and has succesfully aprtiicapted at multiple international tournaments including WUDC and EUDC.

He is also an experienced debate coach and trainer and is currently employed at ZiP, where he manages educational programmes and competitions.

Sharmila is one of the most experienced debate coaches and trainers in the world, with many resounding achievements in her stellar debating and coaching career. In her profesional life she focuses on questions of feminism and the rights of women in the developing world.
She is a three-time Asian Debate Champion, Austral-Asian Debate Grand Finalist, WUDC open octofinalist, and three-time Philippine Champion and twice Best Speaker.
She was a coach and a lecturer at the University of Vermont Lawrence Debate Union in school year 2014-2015. Under her watch, the Philippine high school debate team made the semifinals of the World Schools Debating Championship in 2012.

Daan is a former EUDC ESL Champion, WUDC ESL finalist and WUDC Open Quarterfinalist. He CAed over 20 competitions, and broke as a judge at three EUDCs. He’s been part of the faculty at DAPDI and DDWS in The Netherlands, and was Training Officer at Leiden Debating Union. He is a Programme Director at IDEA NL and a freelance public speaking trainer, and has delivered workshops across Europe.

Harold Raitt is a filmmaker, theatremaker, musician and teacher who has been involved in debating since 1992. 10 years ago, he developed the London Debate Challenge and created the Great Shakespeare Debate for the English-Speaking Union. Since then, he’s made 10 hours of films about the UK’s National Theatre and developed a range of new programmes for schools such as Newsroom in a Day and The Great Albion General Election which use a range of debating techniques in real-world social and political scenarios.

Matevž is a first-year undergraduate student of History and Politics at the University of Edinburgh. During his high school years, he debated at multiple international debate tournaments and was part of the Slovenian national team for WSDC 2019 and Online WSDC 2020. As an adjudicator, he took part in multiple international debate tournaments. Among other things, he adjudicated the finals of Online DSDC 2020, ESDC 2021, and SASDC 2021.

Sam is a professional debate and oratory coach working full time with schools such as Raffles Institution and Anglo-Chinese Junior College. He also regularly conducts training and workshops on debate, public speaking, negotiation, and model UN activities with a wide range of schools and institution in Singapore and abroad. Sam attended Harvard University on a Public Service Commission Overseas Merit Scholarship and has previously worked in the Ministry of Defence, the Ministry for Foreign Affairs and the Ministry of Law. Sam was also the Captain of the Singapore National Team for WSDC 2000, WSDC Adjudicator for Singapore in 2012 & 2015 and part of the WSDC organisational Committee in 2015. He has guided debaters and orators to over 30 championship titles, including international competitions such as the Asian World Schools Debating Championships; the Prometheus Cup and the Winter Holiday Open WSDC 2019.